Hamburg, August 1st, 2017 – AdDefend, the leading independent provider for adblock advertising announced today that its technology is from now on also supporting conversion tracking on the blocked reach. Advertisers are able to implement an AdDefend conversion pixel on the target pages for a data privacy conform, accurate and direct measurement of the advertising impact.

“Unfortunately, it is often not considered that the functions which have already become standard on the regular reach need to be reprogrammed and tested again on the adblock reach, “explains Dominik Reisig, CEO of AdDefend. “In response to many requests of our customers, we focused on conversion tracking. After extensive tests, it is now available for all of our customers.”

The ad server related conversion tracking is not usable on the adblock reach in the same way as it used on the regular reach since any kind of tracking is blocked. Up to now, advertisers have been doing some tricky conversion tracking with Google Analytics, with the conversion events being transferred directly between the servers. Landing pages were another possibility for tracking, but they had to be created specifically for the campaign. A client side implementation was also pursued, yet unsuccessfully, since it led to high counting deviations.

“Thanks to the AdDefend conversion pixel, it is now possible to easily retrace the performance of our campaigns on the blocked reach and get precise results from ad networks and ad servers.”, states Thomas Prange, Chief Ecommerce Online Performance Marketing Officer at WALBUSCH Walter Busch GmbH & Co. KG. “We now have all the data to plan this attractive reach from the outset for future campaigns.”

The conversion tracking feature offers an even more significant advantage regarding the recently unlocked privacy mode. With this additional coverage, the AdDefend reach increases by a further 5% (read the according press release here). The AdDefend adblock reach with an average of 21% combined with the 5% unlocked privacy reach will give AdDefend access to more than 25% of German internet users who were previously not available for digital advertising.

“Advertisers usually optimize the campaign delivery based on performance level. If no conversion data is available for a campaign or if the data is difficult to get, another reach with measurable performances will be prioritized. This is the reason why AdDefend’s new feature is so important to publishers. It enables them to actually reactivate the full potential of the blocked inventory,” explains Dominik Reisig, CEO of AdDefend.

The social network StayFriends delivered an impressive success campaign on the adblock reach in December 2016. Its results were compared to the performance of the identical campaign displayed on the regular reach. With adblock advertising, almost 11% more new members could be convinced of subscribing for a paid gold membership (compared to the regular reach). More details on the StayFriends campaign can be found in the case study .

About AdDefend: Founded in 2015, AdDefend is the world’s leading solution for adblock advertising today. With the help of AdDefend’s anti adblock platform publishers achieve the upmost potential of their net reach at full predictability. Thanks to the reactivation of Ø 21% of former lost inventory, their revenue can be increased significantly. Advertisers who work with AdDefend are able to reach a target group that is regularly not accessible online. In addition to the increase of the net reach, advertisers benefit from a not overly frequented and verifiable equally reacting target group as the audience on the regular reach. The analysis dashboard of our anti adblock platform offers publishers personalized central access for reviewing reportings and managing their own campaigns. More than 150 Premium Publisher rely on AdDefend already. 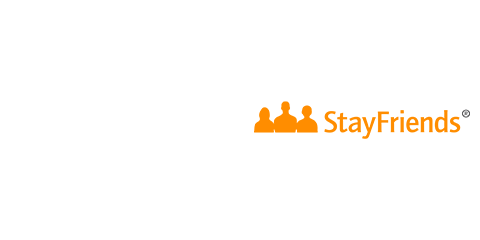