“When was your first day at school?” – one of the ad banners of the StayFriends adblock advertising campaign. This display campaign was shown using the same set of banners to users on the regular as well as on the AdDefend reach. AdDefend achieved great performances among adblock users who are not accessible via the regular reach.

Background of the campaign:the StayFriends campaign had its national start in December 2016. StayFriends, the leading website for finding friends from former schooldays, aimed at winning new paying members for their online portal. The performance oriented campaign addresses users who lost contact with their prior classmates with the intention to restore former friendships.

Description Online Campaign: the online customer addressing was realized with a set of different pictures – for example images from childhood – that appeared in a recurring animated rotation. The creatives directly appeal to the users by asking questions like “How old are you?”, “Do you find your school picture here?” or “When did you graduate?” were combined with year dates and old yearbook pictures. The creatives used on the unblocked reach were the same that were being used on the adblock reach.

Campaign Goals: this performance oriented campaign aimed at encouraging as much users as possible to subscribe to a paid StayFriends gold membership. The AdDefend reach was consciously used for significantly enlarging the campaign’s reach by addressing users with adblockers who are no longer accessible for display advertising on the regular reach. 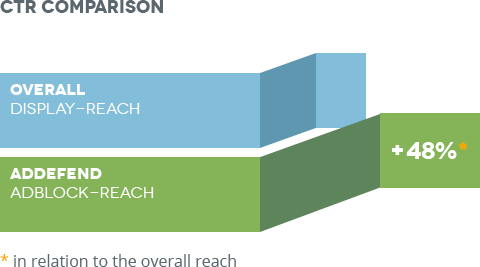 The click rates on the AdDefend reach turned out to be 48% higher than the number of clicks on the regular display reach. With the help of AdDefend, more than 30 million former blocked impressions could be reactivated to reach adblock users who would not have been reachable for the StayFriends campaign. Adblock users clicked twice as often compared to the performances of the unblocked reach. The effective cost per mille could be reduced by 11%. 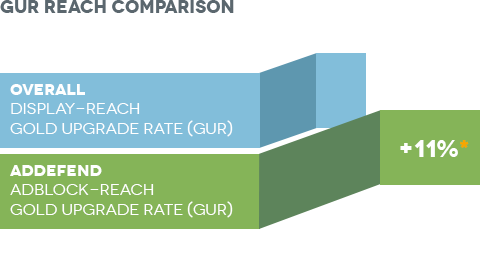 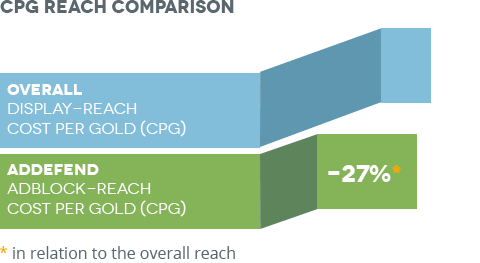 About StayFriends: StayFriends has been the leading website for the recovery of school friends in Germany and other Eurpean countries for more than 14 years. In their Berlin office, nearly 100 employees work in the fields of design, IT, product management, online marketing, helpdesk, finance and legal & HR and take the responsibility for more than 20 million users. www.stayfriends.com

About AdDefend: founded in 2015, AdDefend is the world’s leading solution for adblock advertising today. With the help of AdDefend’s anti adblock platform publishers achieve the upmost potential of their net reach at full predictability. Thanks to the reactivation of Ø 21% of former lost inventory, their revenue can be increased significantly. Advertisers who work with AdDefend are able to reach a target group that is regularly not accessible online. In addition to the increase of the net reach, advertisers benefit from a not overly frequented and verifiably equally reacting target group as the audience on the regular reach. The analyse dashboard of our anti adblock platform offers publishers personalized central access for reviewing reportings and managing their own campaigns. 50% of the Top 20 AGOF sites and more than 150 premium publishers already rely on AdDefend.